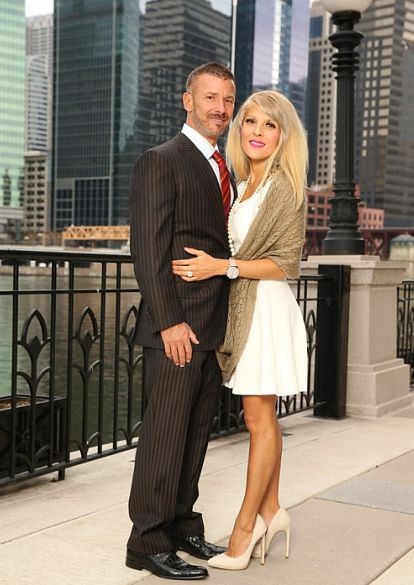 Michael Palumbo was born in Chicago, Illinois on October 28, 1966; adopted at birth by parents JoAnne and Marino Palumbo.

In 1984, Mr. Palumbo graduated from Archbishop Quigley Prep Seminary High School in Chicago.  He then completed his Bachelors of Science in Management Information Systems at the Illinois Institute of Technology in 1988.  In 1990, Mr. Palumbo graduated from Northwestern University with his Masters of Business Administration in Finance and Economics.

Mr. Palumbo attributes his greatest happiness in life (surpassing business achievements during his career) to his six children, Christina, Michael, Matthew, Samantha, Mayson, and Monaco. Palumbo travels extensively with his family; some of their past globe-trotting adventures include voyaging to two Olympics, extensive European touring, an African safari, celebrating New Years in Sydney, and visits to many Caribbean islands. They traveled over 7,500 miles around the United States, visiting over 30 states and many of the nation’s treasured landmarks during another one of their exciting journeys.

Mr. Palumbo has been a part of many philanthropic causes. Most notably, he was a co-chair for the Bear Tie Ball in Chicago in 2019 to raise money for the Bear Necessities Pediatric Cancer Foundation. Mr. Palumbo is also a Member of the IIT Board of Trustees and a World Business Chicago Board Member.

Veronica Najera and Michael Palumbo were married in 2013 in Saint Barthélemy.

Veronica and Mike currently live in the Gold Coast neighborhood of Chicago, their favorite city in the world. The couple had twin boys, Mayson and Monaco, on May 25, 2016.